After selling his ad agency, he built Trails Youth Initiatives to help teach and motivate young people through outdoor education

Story by Sarah Hampson, the globe and mail

In his final days, at his farm in Collingwood, Ont., Jim Hayhurst made sure that in addition to time with his three adult children, he set aside sessions for one-on-one conversations with each of his seven grandchildren.

All of them, ranging in age from 10 to 21, were heartbroken. Their grandfather, or “Dippy” as they called him, looked like many 78-year-old men. He didn’t look like a man who was about to die.

But Mr. Hayhurst, a legendary adman from the 1980s, whose greatest legacy was his work later in his career helping at-risk youth through Trails Youth Initiatives, had made a decision. He wanted medical assistance in dying (MAID). For the past 22 years, he had suffered from peripheral neuropathy in his feet, a painful condition that made everyday living difficult. He had searched the world for help. The only solution was painkillers – morphine and oxycodone. In recent years, the constant medication had increased his risk of heart failure and other problems.

The date of his death was Feb. 29. The extra day in the leap year was “a perfect date,” Mr. Hayhurst had explained in the weeks before. “I told my kids, ‘You’ll only have to think of me every four years,’” he joked.

Mr. Hayhurst was an avuncular raconteur – always ready with a funny line, an inspirational quote, an anecdote or story to illustrate his state of mind and his philosophy of life.

To each grandchild, he gave thoughtful items by which to remember him.

Each item told a story. A rock from Mount Everest was a reminder of his failed ascent in 1988 at 47, the oldest member of the Canadian expedition. He later turned the story into a best-selling business book, The Right Mountain: Lessons From Everest on the Real Meaning of Success, encouraging people to define achievement on their own terms. Another gift was a baseball mitt from the 1950s, which came with a jar of bear grease – a reminder of his passion for cowboy lore.

He also wrote a personal letter of love and encouragement to each to be read after his death. 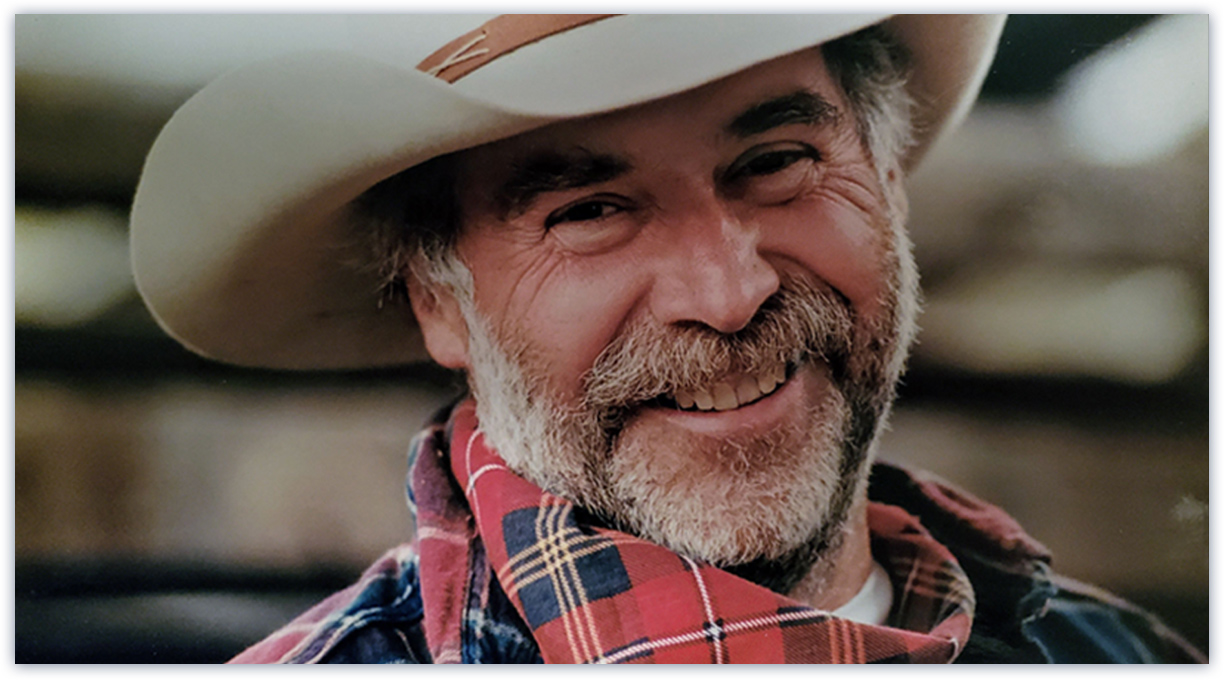 I have had a magnificent time, a great life. This decision is not about courage, as many think. It’s about defiance.

“Right until the end, he was focused on young people, so keenly aware that this was our most important task,” says his son, Jim Hayhurst Jr., with whom he co-founded Trails Youth Initiatives in 1992. “He couldn’t stop teaching, clarifying, motivating and saying, ‘You can do this!’ ”

Born May 24, 1941, the eldest of three boys to Jean and Palmer Hayhurst in an upper-middle-class family in Toronto, he liked to recall that he was a near-failure as a student at Upper Canada College. A guidance counsellor told him he wouldn’t amount to much and sugested he skip university. But he got into the University of Western Ontario, found a subject he liked – marketing – and graduated with straight As, awards and fellowships.

He soon joined the family firm, an advertising agency, F.H. Hayhurst, founded by his father and named for his grandfather, Frederick, in 1928. After five years as an account director, he told his father that he needed a bigger challenge and wanted to buy out his two brothers.

A deal was struck. For the next five years, he worked on the accounts without telling anyone he had bought the business. “If I had told anyone that a young guy of 30 had bought the place, people would have left,” he said during an interview prior to his death.

In 15 years, he built the agency from its position as 22nd in Canada to be among the top five, selling it in 1985 to Saatchi & Saatchi PLC, for more than $6-million when he recognized that globalization of accounts would hurt local agencies like his.

What came next was harder to figure out.

Always a supporter of outdoor life and education, he became chairman of Outward Bound Canada. He started the Hayhurst Career Centre, calling himself “the Wagon Master” (another reference to his love of cowboy life) as he led clients to their next professional adventure.

Still, he was searching for greater purpose.

Then came a spark of inspiration. One summer, he brought five African-American boys from the Children’s Storefront School, in the Harlem neighbourhood of New York, to Algonquin Park. He taught them to fish and other outdoor skills. “They got their sense of confidence back,” he recalled. “And I realized that I am at my best when I’m helping others be their best.”

He and Jim Jr. set up Trails Youth Initiatives after researching other programs for at-risk youth. “His big insight was too many programs take in a big number of kids, sprinkle pixie dust on them and send them back," Jim Hayhurst Jr. explains. "Those initiatives had a small impact on many. He wanted to have a big impact on a few.”

He invested his own money. And he knocked on the doors of his Bay Street friends to get private funding. Over the years, he raised close to $40-million.

“Many business people get involved in charitable endeavours because it’s expected,” says Jack Cockwell, chairman of Brookfield Partners Foundation, who supports Trails. “Jim did it through passion.”

Along the way, he transformed lives.

“He was my dad in many ways,” explains Warren Clarke, who first went to Trails Youth Initiatives when he was 11. Now 38, he is a PhD candidate in sociology at Ottawa’s Carleton University. “I wouldn’t be where I am today without Hurst. He and Jimmy [Hayhurst Jr.] came back into my life, later after I had left the camp, when I got myself into trouble. I will never forget that. Hurst never turned his back on me.”

Mr. Hayhurst was drawn to people in need. He met Rick Osborne, a 44-year-old self-described “tattoo monster” who had spent 25 years in prison for armed robbery as part of the Outlaw biker gang. His parole officer warned Mr. Hayhurst not to hire him. But he had a feeling about him when they met and hired him anyway as a groundskeeper at Trails. When he was short of money, Mr. Hayhurst would come up with more jobs for him to do. “He’s the kind of guy who listens,” says Mr. Osborne, who now runs his own programs for youth, Truth for Teens and Ozzie’s Garage, in Port Colborne, Ont. “Jim taught me to love the one who is standing in front of you.”

As word spread that Mr. Hayhurst had chosen MAID, his children heard stories he had never told them. When a friend of one of his daughters couldn’t pay her tuition at Queen’s University because her parents had recently divorced, Mr. Hayhurst drove to the university to pay it.

“I have had a magnificent time, a great life,“ he told The Globe in the weeks before his death. “This decision is not about courage, as many think. It’s about defiance. I need to control my own destiny.”

Mr. Hayhurst was drawn to people in need. He met Rick Osborne, a 44-year-old self-described “tattoo monster” who had spent 25 years in prison for armed robbery as part of the Outlaw biker gang. His parole officer warned Mr. Hayhurst not to hire him. But he had a feeling about him when they met and hired him anyway as a groundskeeper at Trails. When he was short of money, Mr. Hayhurst would come up with more jobs for him to do. “He’s the kind of guy who listens,” says Mr. Osborne, who now runs his own programs for youth, Truth for Teens and Ozzie’s Garage, in Port Colborne, Ont. “Jim taught me to love the one who is standing in front of you.”

Message from the Chair