Change the lives of vulnerable youth with a gift to Trails in your will.

“Knowing that individuals and families choose to remember Trails in their will is both special and humbling. Being asked to steward someone’s legacy is not a task that we take lightly and we are honoured to partner with our donors to ensure their gift makes a difference in the lives of at-risk youth for years and years to come”

The Basics of Legacy Giving

We strongly advise you to talk to a lawyer or estate planner before confirming your legacy gift to Trails.

Here is some sample language:
“I direct my trustees to give the sum of $ ___ or ___ % of my Estate (or the residue of my Estate) to Trails Youth Initiatives, Inc. to be used for its general charitable purposes.”

Review your assets. This includes your home, your valuables, your investments and more.

Remember your loved ones. Consider what you wish to leave for your children, grandchildren, nieces, nephews or other loved ones.

Reflect on your values and your passions. Your gift can be used to give vulnerable youth hope for their future through the Four Seasons, Four Years, For Life program. We invite you to talk to us about what you hope your gift will accomplish.

With the help of your loved ones and advisors, create or update your will and consider what type of legacy gift is best for you.

SCROLL BELOW TO READ MORE

There’s no way Donna could have known the immense impact she would have on countless vulnerable youth when she named Trails in her will, but her gift means her legacy will live on for generations to come.

Donna Hayhurst Nicholas led an incredible life with many notable accomplishments, described in her obituary as “an accomplished yet amazingly honest stockbroker and analyst, gifted property designer and friend-maker extraordinaire.” In her many roles and in the many places she lived around the globe, Donna fully and joyfully embraced life and was said to be generous to a fault.

She always listened with interest when her cousin, Jim Hayhurst, Sr. described the charity he started for vulnerable youth in 1992. While it was not something she had experience with, she clearly saw Hurst’s passion and wholeheartedly trusted him to use her gift where it was most needed.

And so, when she created her will, Donna named Trails as one of the beneficiaries of her estate. She could not know when the gift would come, or what the needs of the organization would be at that time. Her unrestricted legacy gift ended up changing the future of Trails in a significant way.

Donna’s gift meant Trails could confidently move forward with plans to double the Four Seasons, Four Years, For Life program, welcoming 40 new participants each year to begin their four-year journey. One of the major barriers to expansion was having a place for the additional participants and their staff to sleep. Her funding covered the complete costs of building and furnishing the Hilltop Cabin, providing a “home away from home” with 36 beds.

Her gift also allowed for the publication of the book, Blazing Trails, Changing Lives by Jim Hayhurst, Sr. With this book, we have a handbook for staff, youth, and donors; we can share it’s inspiring message to raise funds and engage our community, and we have the story of “Hurst”. This connection to our founder – written in his own words and published less than a year before his passing – is valuable and impactful in a way we cannot measure.

Donna’s generosity and kindness to Trails shows the power of legacy giving. Her gift to Trails allows us to make a difference for more youth today and in the years to come. Trails is now part of Donna’s life story, and she is an important part of the Trails story – her legacy lives on.

The steps of the Hilltop Cabin provide a great place to check-in with participants in their “home away from home”. 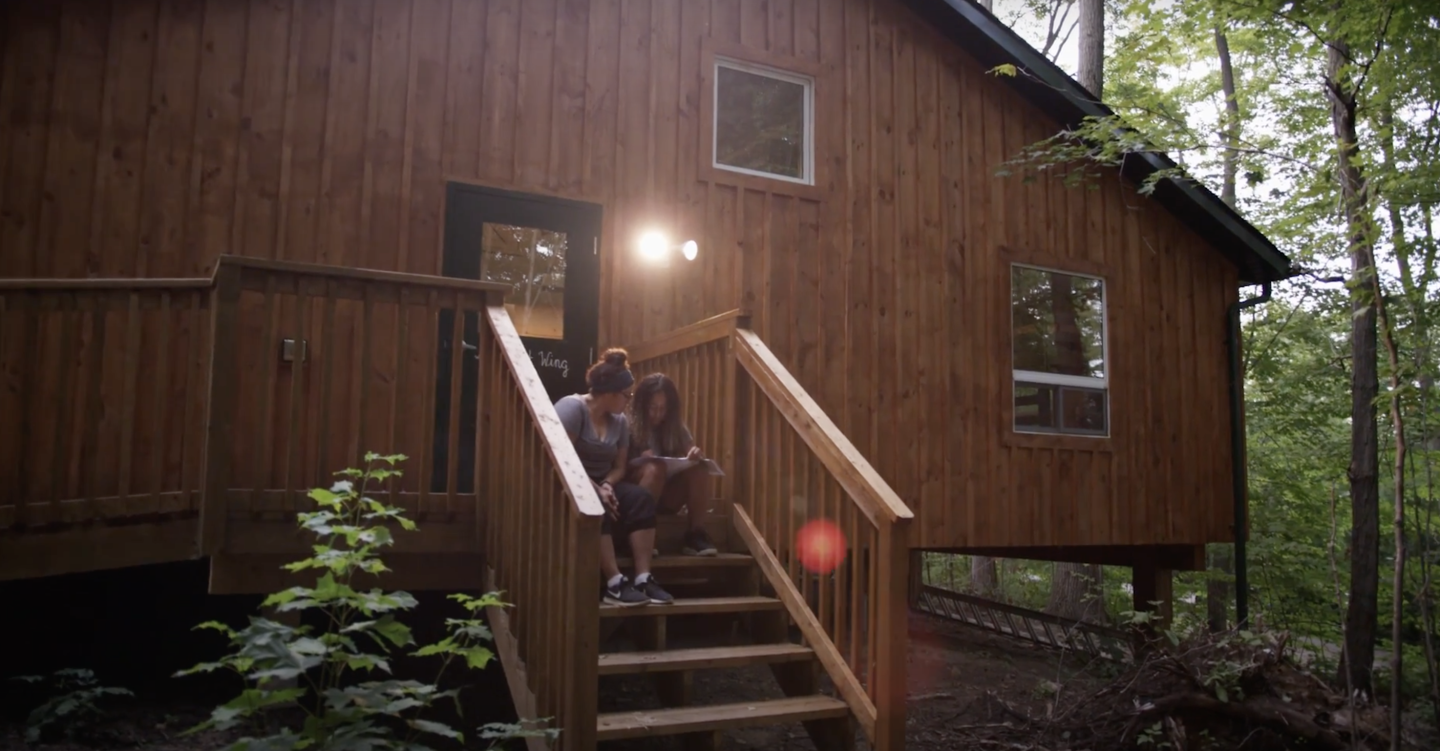 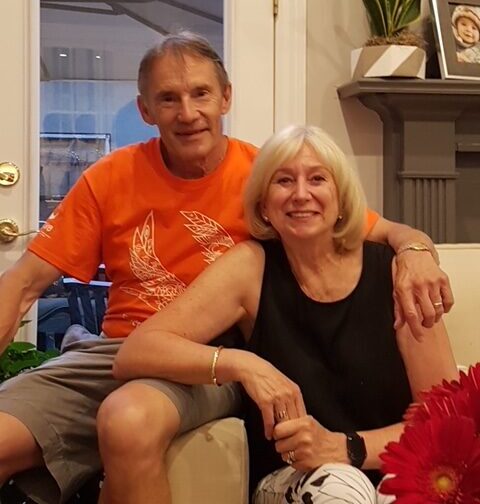 SCROLL BELOW TO READ MORE

The Starfish Story was a favourite analogy shared by our friend, Hurst, the founder of Trails. Have you heard it? As the story goes, there are thousands of starfish stranded on a sandy beach just after a storm. In the distance, a person throws one back, takes a few steps, and throws another one back – one by one, into the ocean. Another person walks up and says, “What are you doing? You can’t save them all. What difference can this possibly make?” The person on the beach picks up another starfish, and throws it back into the ocean, saying, “it makes a difference to that one.”We are proud to support Trails today, and see the impact of our giving on the lives of young people – one life at a time. We also made the decision to leave a gift in our Will, because we want to make sure that Trails is always here for young people who have great potential but are facing barriers.

Trails aligns with our goals for giving. As a family, we support organizations that help level the playing field and give youth a chance. It also matters to us that we support charities where we have a connection and can trust how the money is spent. We’ve both seen for ourselves what a crucial difference Trails makes–and it’s very inspiring. We are confident that our support gives someone a chance at a different path and a better life. What could be more important?